The Kardashians, the Hiltons and the like might be notable exceptions, but the average young consumer is probably not the first to come to mind as the ideal target for a luxury car brand. German auto manufacturer Mercedes-Benz, however, has several new models that it says come at lower price points and it is using Instagram to make sure millennials not only know about these cars, but are able to interact with them on a platform that is native to them.

Mercedes-Benz USA says it is taking vehicle customization “one step further” by bringing the experience to Instagram via the handle @GLA_Build_Your_Own, which uses “the native functionality of Instagram to allow users to build their own version of [its] all-new luxury compact SUV with a few simple taps in the app.”

To design one of these SUVs, Mercedes’ new GLA model, Instagram users search for the user @GLA_Build_Your_Own and tap the image to start. From there, they tap more to choose color, wheels, roof and grille. Finally, an image of the customized vehicle appears along with the SUV’s MSRP and a message that says, “Take this pic to your local Mercedes-Benz dealer to get started.”

In order to build the experience, the brand created “hundreds of Instagram accounts, uploaded more than a thousand images and utilized the platform’s tagging functionality” in order to target a “digitally savvy constituency” of “mobile-first consumers.”

Mercedes’ GLA model launched in September and the @GLA_Build_Your_Own campaign follows what Mercedes calls “the success of” its #GLApacked Instagram campaign in which the brand asked “leading creators and influencers to imagine how they would fill” the GLA “using the footprint of the GLA’s cargo space.” Per Instagram, the #GLApacked hashtag is associated with 280 images.

According to Mark Aikman, department manager of digital marketing and CRM for Mercedes-Benz USA, that “success” refers in part to the influencers who helped Mercedes flesh out the campaign, including pro golfer Rickie Fowler, who helped the brand reach “a tremendous number of people through their own channels.” (For his part, Fowler has 395,000 followers on Instagram.)

That also includes Instagram user @thiswildidea, who took a road trip to Vermont in a GLA and took a photo of his dog standing on his feet while he did a handstand out of the sunroof. Aikman said this image went viral. (It has about 62,000 likes on Instagram.)

Further, Aikman said Instagram has been “a really important channel” in launching both Mercedes’ CLA and GLA models. The brand ran previously ran a campaign for the CLA in which it asked five Instagram photographers to take a road trip in a CLA and take inspiring photos. The photographer that generated the most Instagram likes got to keep the CLA for good.

According to digital agency Emerge Interactive, which collaborated with digital agency Razorfish on the CLA initiative, this campaign generated more than 2 million likes on Instagram.

“As we developed #GLAPacked, we tried to think about Instagram influencers and the target for the GLA and what they want to bring on the weekend and came up with the idea of capitalizing on a native Instagram behavior of organizing things and taking pictures, but this time on the cargo mat of the GLA,” Aikman said. “We had the idea with our agency Razorfish to say, ‘How do we really talk about customers thinking about their own GLA within Instagram without having the ability to link out, [so we decided to] build our own [customization tool] inside Instagram, which is the first time any auto brand has done anything like this.”

Aikman calls the GLA “one of [Mercedes’] entry level models” and said its starting MSRP of $33,000 is “a gateway to our SUVs.”

“We think the design language and price point is really appealing,” he added.

Experts say the @GLA_Build_Your_Own effort could very well be the first interactive Instagram campaign, but note customization is nothing new in the car industry and beyond, including brands like Nike, which offers a build-your-own-shoe platform.

Digital strategist Augustine Fou is a bit skeptical, noting, “There is a mismatch between the target audience who would want to do that on a smartphone or tablet and the audience that can afford a $33,000 car.”

But, at the same time, Fou said @GLA_Build_Your_Own is a “nice experiment.”

Mercedes worked with Razorfish on the latest GLA campaign.

What do you think about Mercedes' efforts to go after a younger audience? 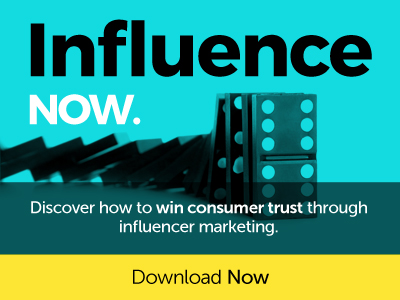 Brands are using Instagram to reach consumers with creative, innovative marketing campaigns. These insights and tips can help your brand become an Instagram success.