A new ad product from Facebook gives retailers another way to target consumers who are close to physical store locations, which could help brands connect with mobile shoppers looking for deals this holiday season.

Facebook has launched local awareness ads, a feature that shows ads to users near business locations, which Facebook says will make advertising for local businesses easier and more effective.

These ads could also help attract consumers close to physical stores, which, in turn, could help drive sales this holiday season among shoppers using their mobile devices to research products and find the best deals.

To create an ad, businesses select “Local Awareness” in Facebook’s Ads Create tool, choose the page of the business they want to promote and enter the address and the radius around which they want to advertise. A map will display the area covered by the ad, Facebook said.

“Our system uses all this information to create an audience for the ad that includes people who live nearby or were recently near your business,” the platform added.

Advertisers also choose the age and gender of their audience and set a budget and duration for the ad, as well as imagery and text. Based on the settings, Facebook will show how many people advertisers can expect to reach each day the ad runs.

Because advertisers select locations instead of specific individuals, Facebook says it does not tell advertisers which specific users are in a given audience, which helps protect user privacy.

According to Facebook, conversations with advertisers have shown that when it comes to driving in-store sales, an ad’s reach is more important than the engagement it receives, like clicks, comments or likes.

“So we’ve designed local awareness ads to help businesses reach the most people possible in an area,” the platform says.

And this could come in handy this holiday season.

According to a recent whitepaper from online advertising management platform Marin Software, The Retailers’ Last Minute Guide to Holiday Advertising on Facebook, retailers increased spend in the channel by 67 percent over the 2013 holiday season versus 2012, which Marin says is “a testament to the efficacy of Facebook to reach highly targeted, highly engaged audiences across all stages of the purchase cycle.”

In addition, predictive marketing software provider Kenshoo recently conducted a webinar with Bing Ads on holiday tips in which Bing said 37 percent of holiday shoppers will use online coupons more this year and 27 percent said they will only buy gifts at stores where they have coupons.

Mobile share is growing but the majority of revenue isn’t coming from these devices, she notes.

“Many consumers on-the-go are looking for store or product information and might not actually complete a sale until once in-store,” Wrather said. “A survey we conducted found that most marketers (73 percent) see mobile (search in this instance) most effective as a mid-funnel driver (research/browsing activities). When asked about what types of activities consumers might engage in while conducting shopping research in stores, 73 percent of marketers strongly felt that these in-store shoppers used their mobile devices to research better prices.”

What do you think of these local awareness ads? Will they help drive mobile shoppers to physical store locations? 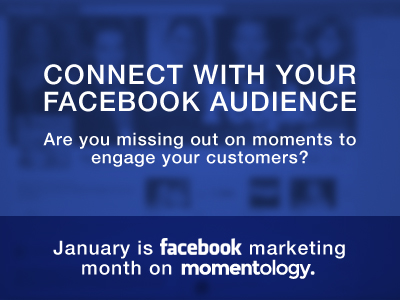 If search is the king of intent, social rules the realm of interaction. In the initial onset, social advertising through channels such as Facebook helped fill in the top of the purchase funnel, driving awareness and consideration in a socially engaging environment. As Facebook has evolved, the…

Programmatic media-buying platform Rocket Fuel has released a detailed new study into brand awareness for U.S. insurers. Insurance has always been one of the most fiercely contested online verticals, and the study provides cutting-edge insights on consumer behavior, marketing strategy and…